Our beautiful thatched cottage is over 300 years old, it has a wealth of character and many original features which make it such a charming place to stay

The cottage has been sympathetically maintained and updated to retain many original features.

The cottage includes a wonderful country style kitchen complete with large range oven and an abundance of storage space. A handy down stairs cloakroom lies off the kitchen and a secret stair case leads directly from the kitchen to one of the bedrooms

Leading from the kitchen is a cosy television lounge and from here you walk through to the 'real fire' lounge which beg to be lit and a good book enjoyed in front of it.

Open the little wooden door (minding your head) and enter the first floor where you will find 5 good sized bedrooms, all unique and tastefully decorated.

Venture to the second floor and you will find two attic bedrooms that the children will love to explore!

There are side and rear gardens, held within the rear garden is a children's play area including slides and a swings.

There is wireless Internet throughout the property as well as Sky television.

"This is a beautiful cottage with so much character. Everything that we needed was provided, going over and above what we expected. The kids loved playing both around the house and in the garden" David, St Albans.  September 2013

Contact us today with any questions you may have bookings@yewtreecottage.biz 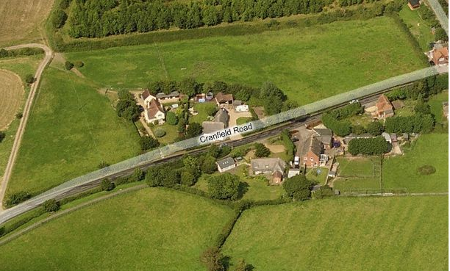 The village of Moulsoe has easy access to the extensive shopping and leisure facilities of Central Milton Keynes and to all local amenities in Newport Pagnell. There are excellent road links to the M1 and to Rail travel in Milton Keynes

About the Name Yew Tree

Yew Tree Cottage takes its name from the large Yew Tree located at the front of the Cottage.  We were interested to find out a little more about the Yew Tree and wanted to share with you:

Medicianl Benifits : The leaves of a yew tree are now used to produce a drug which inhibits cancer cell growth permanentley, called taxol 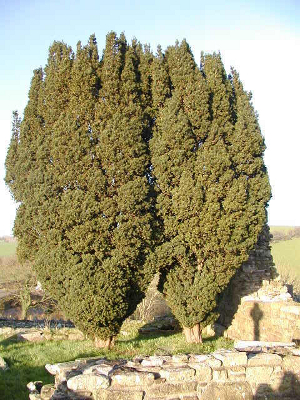 History :  The oldest know wooden implement is a spear made of yew wood, it dates back 50, 000 years

Archeological excavations have found yew bows and knives in Swiss lake dwellings from 10,000 years ago. Historically, yew bows were the weapon of choice for both hunting and warfare throughout most of Europe until the invention of firearms.

Due to its hardness, it was used for shuttles, cogs, axle-trees, and pulley-pins. The colorful wood (red heartwood, white sapwood) was used to veneer furniture, to make lute bodies, bowls, tankards, combs, tool handles, pegs, and various art objects. It was used in many ways by various religions, and certain yew objects such as drinking-cups are still regarded as having a certain spiritual potency.

Yew forests were once common in France and Germany. The wood of the English Yew was used for bows by Celtic and Teutonic warriors, a practice which eventually led to the demise of the great Yew forests of Western Europe. In Teutonic areas the Yew had important symbolic significance. A judge's staff was made of its wood and Yew was planted in graveyards as a form of protection from malevolent spirits. Its needles were also used in rituals to communicate with the dead.

Communication with the owner was brilliant and she couldn't have been more helpful before, during and after our stay. Would we come again? Absolutely. 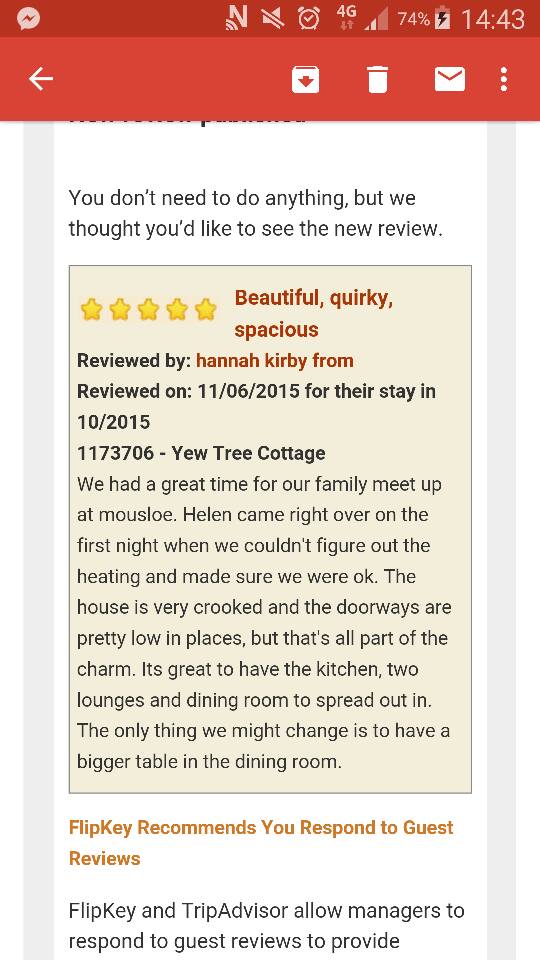 Please contact us with any questions you may have please